An accurate breakdown of the countries with the highest-earning front end web developer salary, from Entry-Level to Seniority.

After deep analysis, Sunbytes found out that the most important elements influencing a front end developer’s salary are:

This wider analysis of the costs or Front-End Web Developer Salary by country presents radical contrasts primarily due to supply and demand and the capabilities of such specialists. Employers may also note the significance of national contributions, pensions, and dividends to the developer’s take-home pay, but no one read this article for an economics lesson. From now on, we’ll discuss hard cash pay, front end web developer salary potential in accordance with their experience, and other aspects of this in relation to each country’s standard of living.

The leading countries offering the most attractive average front end web developer salary tend to stay the same over the years. These are the USA, Australia, Canada, and a cluster of European countries.

USA is traditionally one of the top destinations to earn as a Front-End Developer. Home of many top tech companies, the annual average salary ranges between 87,000$ – 150,000$ according to the data collected. Only SalaryExpert was capable of giving data on junior front end developers (1-3 years of experience). Those with minimal experience or fresh out of university are expected to earn an average salary of $63,660.

Salary in the USA for developers is widely dependent on location, with those located on the West Coast experiencing higher salary averages. However, on average, a Front-End Developer is looking at a 16% increase in salary potential over a 5 year period.

Front end developer salary in Australia is mostly relevant to the cost of living in its major cities of Sydney, Melbourne, and Brisbane. With a predicted wage increase of 19%  over a 5-year period according to SalaryExpert, the price tag seemed appealing.

According to salaryexplorer.com, their analysis shows a front end developer with less than two years of experience earns around 44,200 AUD per year.

Switzerland is a melting pot for extremely high salaries. In theory, for a Front End Developer in Zurich, they will expect to earn 45$ an hour on average for their services with a 4,244$ average yearly bonus according to Salaryexpert.

The average salary in Israel’s high-tech sector stands at five figures. There, front end programmers get an annual remuneration of $58,761 to $74,139. Seasoned developers are valued higher with a median salary of $101,095, whereas entry-level specialists can expect to make a maximum of $44,114.

According to Glassdoor, Ottawa is the best place to work as a front end developer, with a median pay of $61,828. Following that is Toronto, which has a somewhat lower total of $57,751. Kitchener-Waterloo and Vancouver, which pay $54,117 and $51,812, respectively, are similarly close to the national average. With a yearly salary of $49,525 in Montreal, it comes in last on the list.

The junior front end developer salary has the lowest number and reaches the maximum of $40,381. The most experienced workers make up to $92,244 per year, while mid-level workers earn an average of $58,719.

The average salary in Israel’s high-tech sector stands at five figures. There, front-end engineers get an annual remuneration of $58,761 to $74,139. Seasoned developers are valued higher with a median salary of $101,095, whereas entry-level specialists can expect to make the maximum of $44,114

A Front End Developer in the Netherlands can gain from $4,500 to $7,500 per month. Those who live in Amsterdam can earn up to €63,176 per year and this amount of income can differ widely in other areas of the country.

This is the average monthly pay, which includes housing, transportation, and other perks. Salary ranges for Front End Developers vary greatly depending on experience, abilities, gender, and region.

Northern Europe is a growing conglomerate of technological business and tech-educated talent. Government initiatives and smart business ventures have allowed Front End Developers in Denmark, Norway, and Finland to come plentiful and in high demand.

No annual data was available on Glassdoor but adding the monthly potential in Denmark, a front end web developer salary average is between $63,108 and $76,371.

The estimated salary potential for front end developers will increase 14 % over 5 years, a 73% increase between junior and senior salaries, and annual bonuses are estimated to be $3,686 on average.

A bonus of € 2,728€on average sees Finland is marginally behind their Nordic Neighbours in average gross salary but benefit overall with the standard of living rate.

Sourcing average annual salary data for front end web developer salary was relatively simple through employment sites such as Glassdoor and Salary Expert. Each website gets its data through individual salary surveys and public sources.

To get a well-rounded perspective on each country, we took data of all Front-End developer experience levels 一 Entry/Junior, Middle and Senior Level. All the data found was presented in each country’s local currency. To give you a straightforward comparison and prevent you from converting currency on Google; all salary amounts will be presented in US Dollars ($).

The income analysis above is mostly for native developers working within the country. If you are searching for the cost to hire remote developers, let Sunbytes help you! 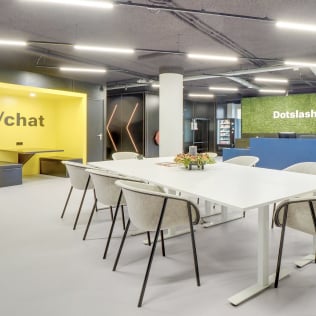 Let us know your requirement and we will get back to you as soon as possible!

Choice for programming languages is plentiful – 700 languages to…

As part of the series of activities for the Sustainable…

When does a start-up need a CFO?

Hiring too soon may be costly, leaving excellent individuals with…